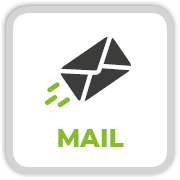 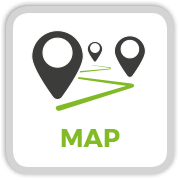 La Margherita Golf Club (an affiliate since 1987) was set up as a 'country club' by a group of friends inspired by the passion and enthusiasm of Luciano Roccia and Piero Cora, golfing legends in the Piedmont region and throughout Italy. From these beginnings, it became a Golf Club which has grown and earned itself a distinguished sporting reputation over the years. The Club has always hosted national and international tournaments and has consistently been ranked among the top 20 golf courses in Italy. The par 72, 18-hole course covers a distance of over 6 km and has a rather "undulating" layout. Its wide, beautifully kept fairways are flanked by water hazards, while the fast, rolling greens are well guarded by bunkers. The first nine holes were designed by Marco Croze (whose projects also include the Albarella and Riva dei Tessali courses) in association with the Turin-born architect Giorgio Ferraris, who played a more important role in the second nine holes. Giorgio Ferraris also designed the modern, functional club house. There is plenty of scope for further development: the Club is located just a short distance from Turin (journey times are even quicker via the Torino-Savona motorway, Carmagnola exit); the tournament course is technical, challenging and always in pristine condition; ongoing refurbishment for the Club's facilities means that they meet all the needs of members and guests alike. This dynamic, sports-oriented Club warmly welcomes families and young players, whom it encourages to take up the game and learn its technical and educational aspects. Regardless of players' sporting prowess, learning and respecting golfing rules and conduct are always among the Club's main priorities. Our sporting vocation and the achievements of our young players have also been recognised by the Italian Golf Federation (F.I.G.), which presented the Club with its prestigious "Seminatore d'Oro" award in 2008. This important award is quality certification for our 21 years in golf, and the starting point for us to continue improving and developing all our activities. Enthusiasm, passion and love for the values of sport and friendship: "La Margherita". Our warmest welcome to everyone.